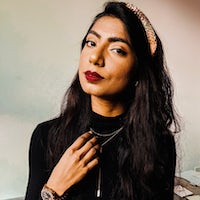 Developers from various stages of their careers will feel differently about closure. All the way from it's tricky, confusing, to what the heck!?!, it's unnecessary.

But is it though?

Closure is an interesting concept, it's one of those that almost morphs itself and slips into many practical uses, like in event handlers and callback functions, object data privacy and also in functional programming patterns like currying (psst... a post might be coming soon on currying!)

So let's try to understand this, widely perceived as tricky-concept, with some simple workable examples.

But first, quick highlights of some prerequisites:

Well, first off lexical scoping is simply a term for setting the scope of a variable so that it may only be called (referenced) from within the block of code in which it is defined. And in JS, a new lexical scope is created around a new function, i.e. function scope (bear in mind, scope creation happens at call-time) .

2. In JS, the search for a variable starts at the innermost scope and goes outwards from there.

If we pay attention in the example above, firstVar isn't defined inside of the childFunc but is still know there. This is because when JS doesn't find a variable in it's local/inner scope, it traverses outwards, in this case to parentFunc, where it finds the definition of firstVar and life's good!

So now, what is Closure?

According to the MDN Almighty, closure is a pattern in which functions can be bundled together along with references to it's surrounding state.

Let's expand on this with a simple example:

We have two functions here:

Let's add to this example further, and see how closure and lexical scope can work together:

Create your own (closure) magic:

There are some simple steps to follow with which you can create your own closure functions.

Let's dissect and understand their anatomy:

Step 1. First off, define a parent/wrapper function. Here we have parentFunc.

Step 2. Define any number and type of variables that you desire, in the parent function's scope. These will be the variables we wish the child function to have access to. For example, we have the variable parentVar above.

Step 3. Define a child function inside of the parent function's scope. We called it childFunc.

Step 4. And lastly, return that child function at the end of the parent function, so we return childFunc .

And viola! You have your own closure functions, genius. 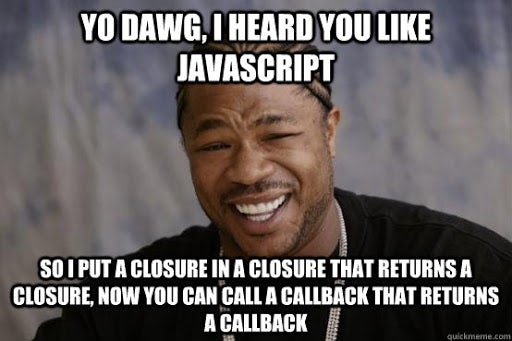 And now for some... Gotchas!

So hopefully by this point in the article you are feeling like a budding closure ninja ready to conquer the world of JS. But let me make you aware of some last few gotchas.

1. Scope can try to trick you.

Consider the example below:

When we invoke aceClosure on the last line, the console logs I am a closure ninja! . The thing to note here is that even though visibly the variable who is defined after the function ninja , we get no errors and see the desired output.

As mentioned under the prerequisite section earlier, javascript searches for a variable in the inner/self scope and goes outwards from there. In this case, we look for who in the ninja scope where it's not found, so the parent function, in this case superPower 's scope is searched next, and who is found.

Takeaway: Think in terms of function scope instead of just linear parsing.

2. Class aren't the only way to abstraction in Javascript.

Let's dive into this example:

Here is the output on the console for your reference: 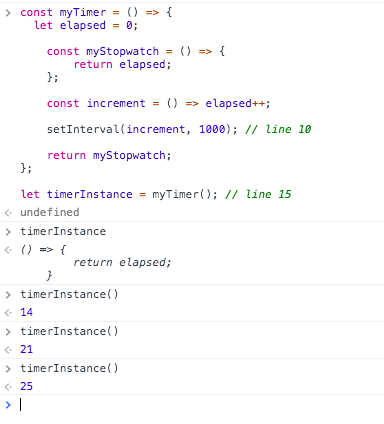 Takeaway: Getting a good grasp on closure functions can help you implement abstraction without using classes.

To conclude, I will say what I do in all my posts of this series, javascript concepts can seem strange and sometimes even, unnecessary. But hopefully my writing invokes😉 your curious mind and you see some interesting possibilities with these concepts. Hopefully you'll give closure a chance, and create something fun. Happy coding!

Good explanation of JS Closure concept, Tanvi! Thanks for sharing.

Glad you liked it! 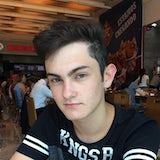 Nice and detailed explanation. Thanks for sharing!